Destined to be a record nerd, Sweat founder Lolo grew up in a musical family: her grandmother Joan Field was a pioneering female violin soloist, her grandfather Alan Reskin originally opened Allegro Music House in Coral Gables in 1961, and her father Chas Reskin is a professional trumpet player and composer. Lolo is also the great-niece of Alan Freed, the (in)famous 1950s radio DJ and music promoter who fought racial segregation and is credited with coining the phrase “rock and roll”.

Lolo grew up next door to Miami’s legendary Hot Wheels skating rink which imparted in her the power of records. In high school she began street-repping for labels like Matador and Astralwerks and booking/DJing/promoting indie club nights. From age 16, Lolo spent 6 years at Miami’s Virgin Megastore before leaving to open Sweat in 2005. Since then she’s played many roles in the community–as an organizer, interviewer/panelist, as host of Art Loft on South Florida PBS for three seasons, a decade serving on the Recording Academy Florida Chapter Board, host of Miami's long running annual '80s Prom, and as an alum of Miami Fellows and Radical Partners. Lolo currently runs Sweat and the Sweat Records Records label is a consultant for the boutique background music firm Soundry. She/her.

Originally from Venezuela, Ronny is Sweat's General Manager and resident creative and tech genius... Ronny is a human Swiss Army Knife and is always ready to tackle the most random of issues.

Everybody knows Ale! From her past bands Testökra and Wastelands to her current powerhouse Las Nubes, Ale’s awesome taste in music, coffee skills, and good vibes have made her a friendly face at the shop for many years. She’s also a music instructor if you or some tiny people you know need lessons, and a superstar roller skater. She/her.

A renowned visual artist and musician (catch her pounding the drums for local heavyweights Holly Hunt), Betty keeps the store in order and decorates the hell out of the place for Halloween every year. Her holy trinity is Siouxsie & The Banshees, Martin Denny, and Celia Cruz, and she considers working at the record store part of her practice. She/her.

Daniel Blair aka DJ Hottpants is a renowned South Florida DJ and promoter and is a pioneering member of the local queer community. His weekly DJs-and-drag-queens party Double Stubble is open to all and he DJs special events and hosts trivia nights all over town so keep your eye out! He/him.

Sweat’s resident storyteller. Along with his band The Pookiesmackers, Mr. Entertainment has been making music and mischief in South Florida for longer than you’ve been alive. Fun fact: he’s also one of the foremost local authorities on and collectors of outsider/folk art. He/him.

A noise junkie to the core! If Lauren's not at Sweat keeping the floor stocked and bins in order you can probably find her snapping pics around town or at your nearest live rock show.

Our Aussie import! Rohan is part of our used record team and thinks just about everything is bloody legendary.

You cart is currently empty 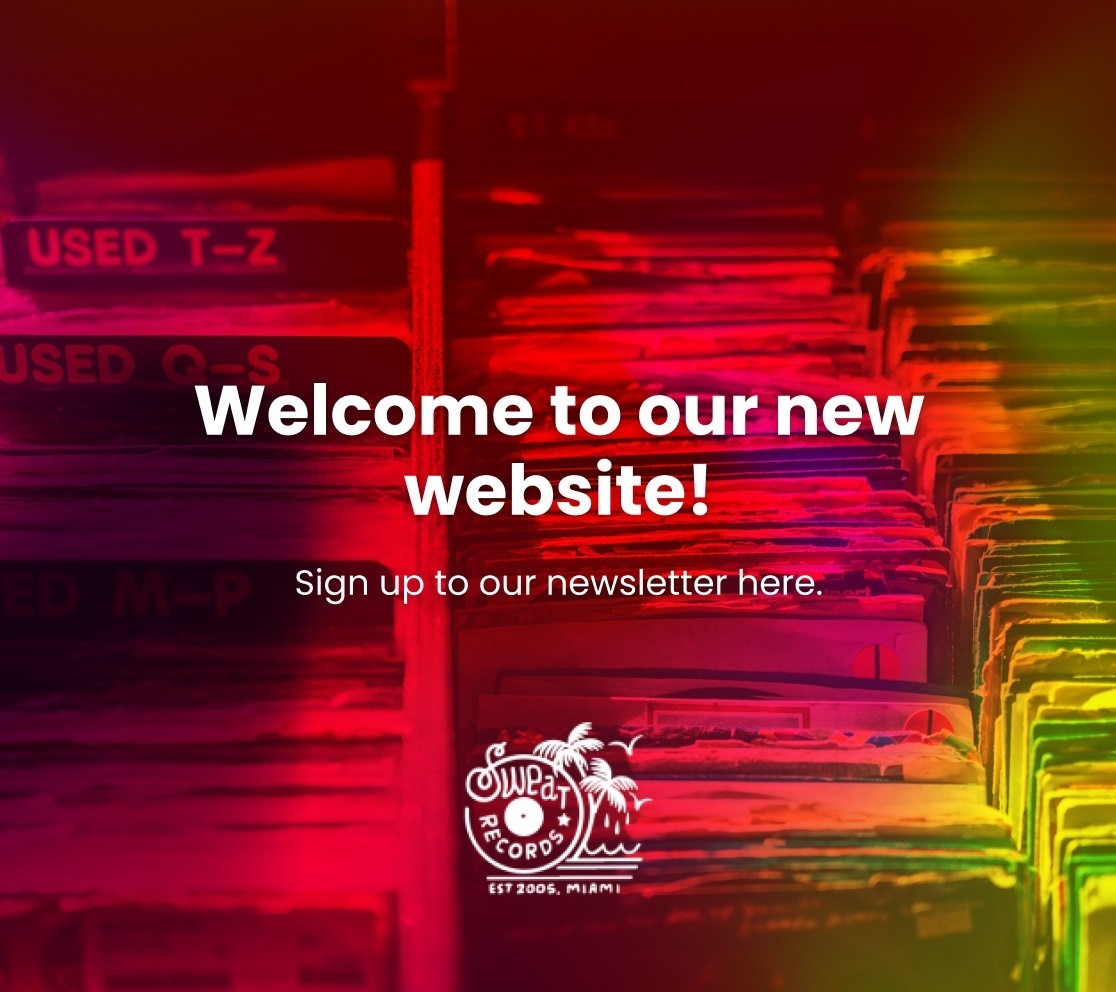